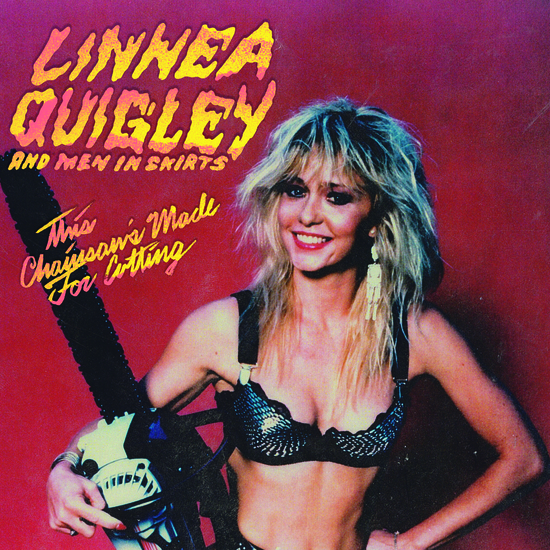 Linnea Quigley & Men In Skirts - This Chainsaw's Made For Cutting

Strange Disc triumphantly returns to bring back to life a track from one of the most iconic scream queens of the 80’s and 90’s, Linnea Quigley. Introducing This Chainsaw’s Made for Cutting, a single by Linnea Quigley and Men In Skirts.

Horror genre fans will certainly be familiar with Linnea’s work on the screen, with her work as starring and supporting roles in films like The Return Of The Living Dead, Night Of The Demons, Silent Night, Deadly Night, The Barn, and much more. However, her body of work doesn’t end there. She also has made excellent rock n’ roll music since the early 80’s. Her band, The Skirts recorded sessions with the Legendary California hardcore/punk label Mystic Records; with the track from those sessions “Santa Monica Blvd Boy” being featured in the movie Nightmare Sisters, as well as the Mystic Records compilation, The Sound Of Hollywood Girls.

This Chainsaw’s Made For Cutting, a one sided single recorded in 1997, continues where The Skirts left off, with Linnea fronting a new group, Men In Skirts. The single is a tongue in cheek, cautionary tale, warning of horrific and gruesome revenge on a cheating lover. Originally a cassette, fan club release only available out of the back pages of horror mags or at conventions. Strange Disc is super proud to be working closely with Linnea to bring this super fun track to vinyl for the first time ever.

The track was remastered by Josh Bonati, and features a new layout excellently crafted by Mike Turzanski