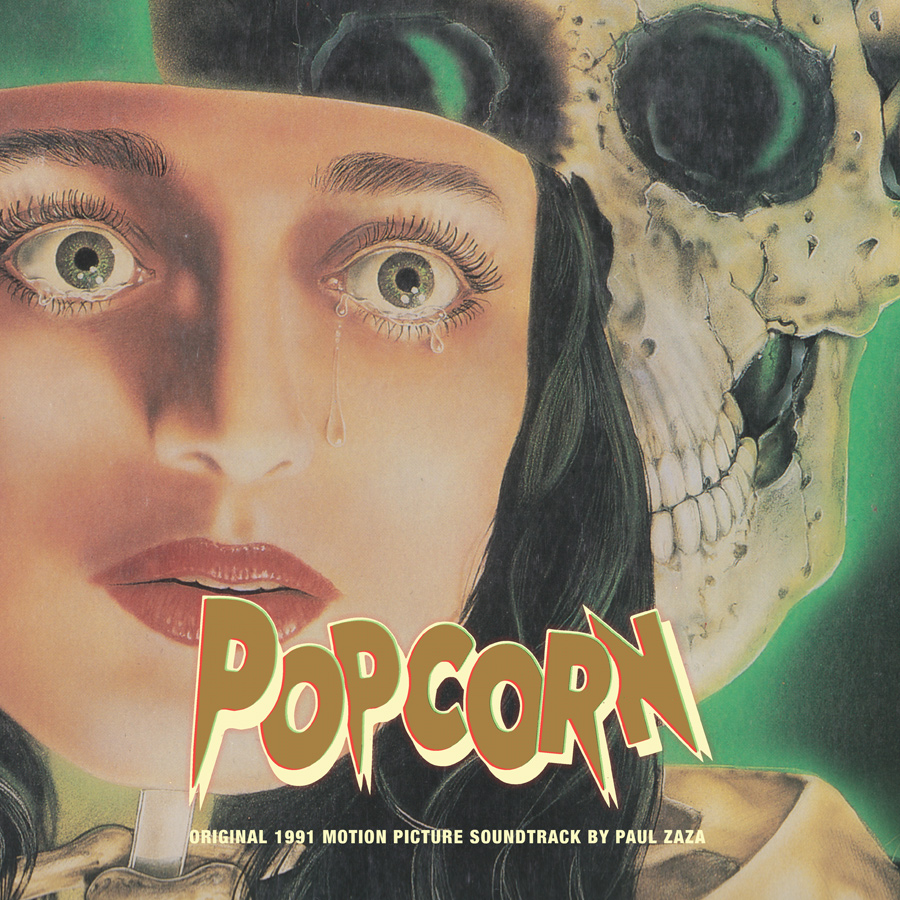 Strange Disc proudly presents, for the first time on any format : the original soundtrack to POPCORN (1991). This ‘horror-fan-favorite’ was directed & written by ‘Alan Ormsby’ (Deranged, Children Shouldn’t Play With Dead Things, Cat People) and produced by veteran ‘Bob Clark’ responsible for iconic films such as Black Christmas (1974). POPCORN stars scream-queens Dee Wallace (The Hills Have Eyes), Jill Schoelen (The Stepfather) and Kelly Jo Minter (The People Under The Stairs).

The film took inspiration from the rich history of the horror-iniverse (from the 1950s onwards) and is both self-reflective as it is postmodern. POPCORN uses the ‘films-within-a film’ theme an pays homage to horror’s long low-buget tradition. Released in theaters in 1991, it has gained a large cult-following since its release. The sublime soundtrack was composed & performed by ‘PAUL ZAZA’ who was responsible for scoring many horror-classics such as Prom Night (1980) & My Bloody Valentine (1981)…and of course that huge hit movie we all know: Porky’s. POPCORN was entirely shot in Jamaica, so on some tracks you can definitely sense the ‘island flavor’ slipping into Paul’s eerie trademark sound.

Now, for the FIRST TIME ON VINYL (or on any format) Strange Disc record presents a deluxe limited vinyl edition that also comes with a double-sided insert containing exclusive liner notes by Paul Zaza & Kristy Jett. Supervised and produced by composer Paul Zaza himself, this release is available as a classic black vinyl edition (250 copies) & as a color vinyl variant (300 copies Popcorn Swirl Vinyl).