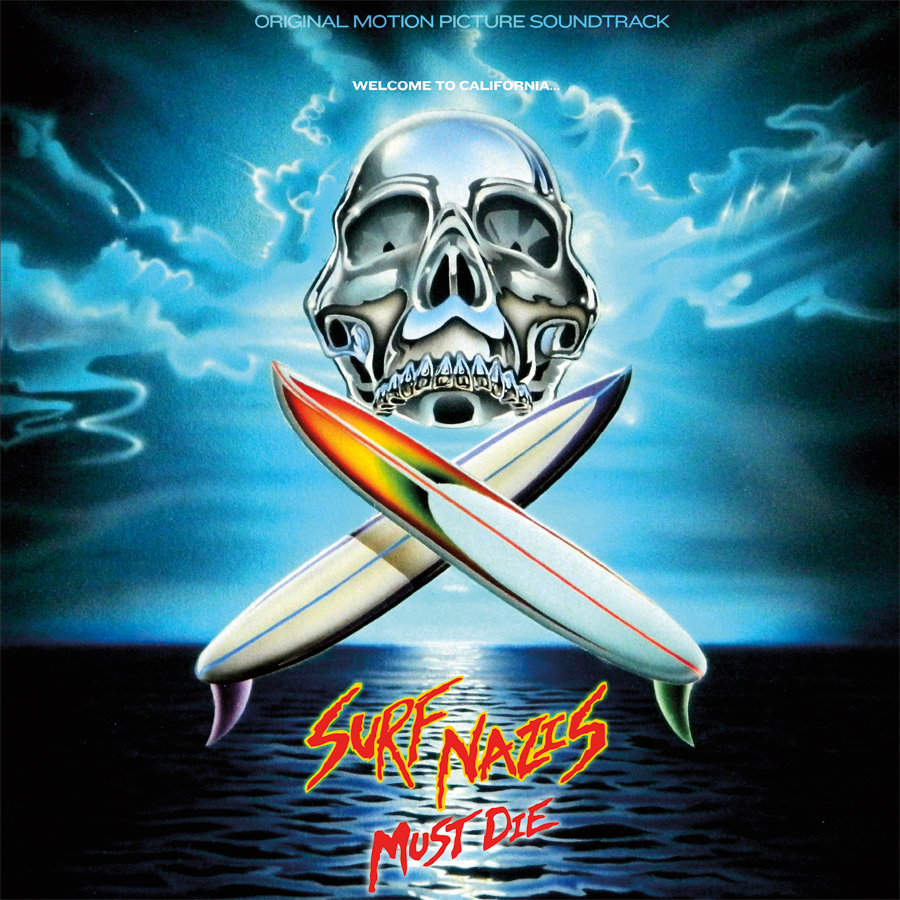 The title alone was enough for schlock fans to go rifling through VHS bins in search of a rare ex-rental copy of this 1987 TROMA gem, and understandably it’s gone down in history as one of the b-movie world’s oddest movies. The film really does exactly what you’d hope – set in a post-apocalyptic future, neo-nazi surfer punks are running riot, and of course, a gun-toting grandma seeks to wipe them out after they kill her beloved grandson. Seriously.

Even if you’re not into this kind of thing (but we don’t believe that for a second), Jon McCallum’s synth-laced score is a thing of beauty & suits the post-apocalyptic setting of the film. Fans of Tangerine Dream and John Carpenter’s scores will be at home on this record. McCallum is also the composer behind genre classics such as ‘Miami Connection’ (1987), ‘Terror Eyes’ (1989) and ‘Soul Taker’ (1990). Aside from his composing work he worked on the special effects for Phantasm 2 and George Harrison’s “Got My Mind Set On You,” music video.

We are very proud to bring you the fantastic synth driven score to "Surf Nazi's Must Die" by Jon McCallum. This unreleased classic soundtrack has been bootlegged for years, and we are happy to give it a proper release. Packaged as a deluxe vinyl edition with front artwork by McCallum himself with additional art direction by Adam Maida. This release also comes with an insert containing extensive liner notes and unseen pictures.

Strange Disc Records released this exceptional soundtrack back in 2014 and it sold out in a matter of weeks. Due to ever-increasing popular demand over the years, today we present to you a brand-new limited vinyl pressing. Available as a limited classic black vinyl edition & as a color vinyl variant (#200 copies Silver and Blue swirl vinyl) available exclusively from Light In The Attic & Mondo in North America and through Transmission in Europe. To top all this off, we partnered up with ZAVVI to bring you an extra color vinyl variant (100 copies Red with Blue Splatter vinyl) exclusively available through the ZAVVI website! Pre-orders are now live from these fine retailers :

Black vinyl version will be available in record stores & with online retailers worldwide on 01/26 . Black vinyl available to pre-order from www.lightintheattic.net